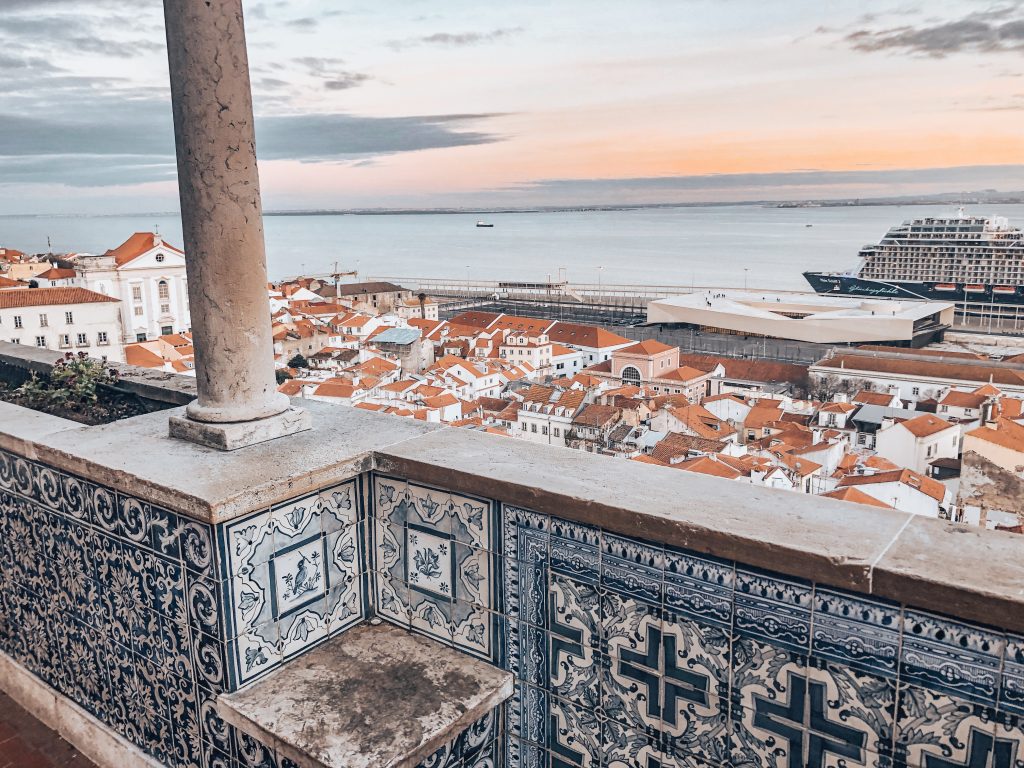 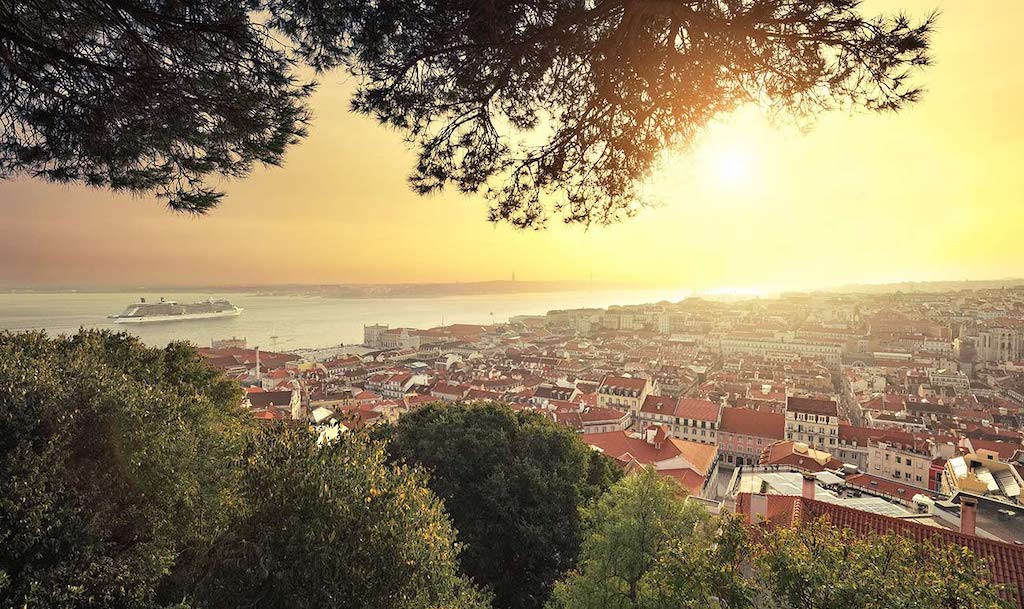 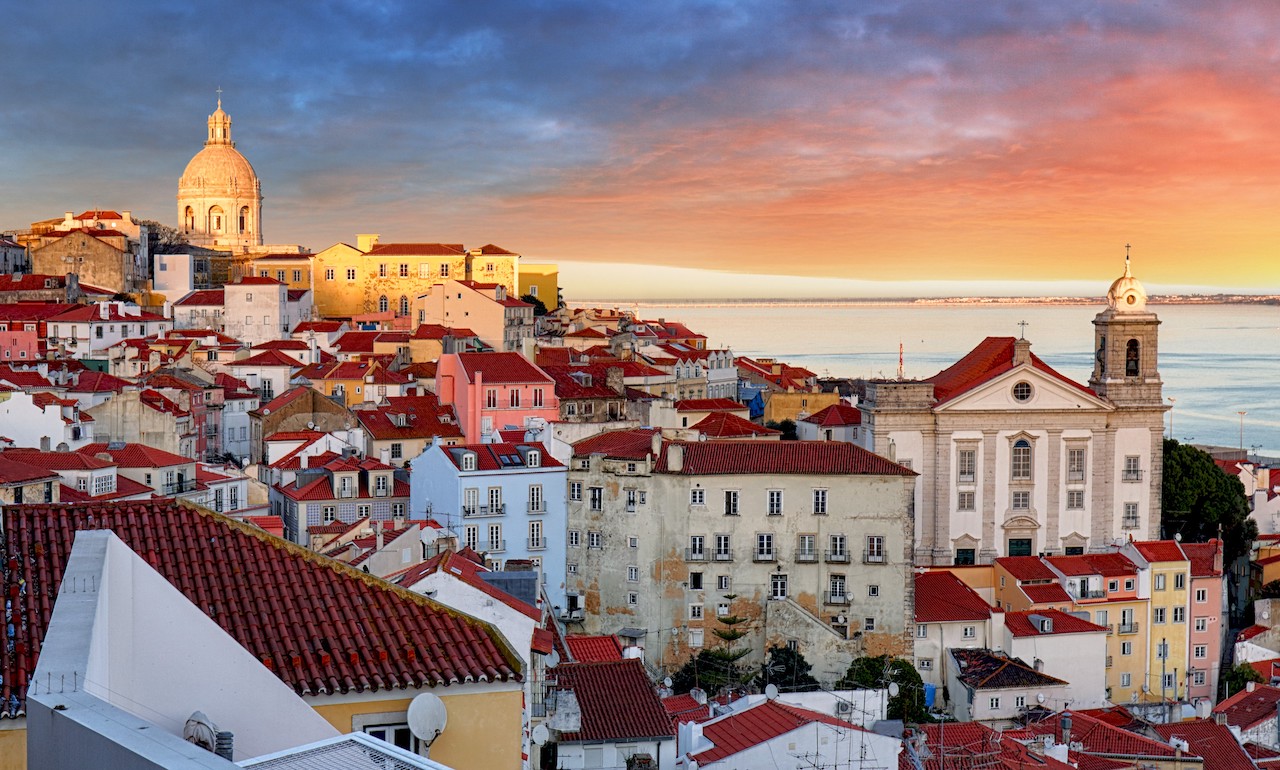 The Seven Hills of Lisbon

Lisbon is known as the city of the seven hills.

Built along the margins of the immense Tagus river, Lisbon is a city that impresses with its light, colours, and traditions. A city worth contemplating.

Explore the fascinating city of Lisbon, discovering its famous seven hills. Each one of these places reveals the city´s history and secrets. And what you expect to see from the top of each one of these hills is always a surprise and an awakening of the senses.

We will guide you to find Lisbon´s seven hills and their viewpoints, one for each hill.

São Jorge is the highest hill, and at its top, we can admire the Castle where the village that originated Lisbon was founded.

It was an important fortress inhabited by the Moors who fortified it for their defense. In 1147, the troops of Afonso Henriques, the first king of Portugal, attacked its walls for three months, so that they could conquer Lisbon from the Moors. The name of the castle was dedicated to the patron saint of the knights, a tribute for the protection during the crusade.

Surrounded by history and gardens, you can imagine what Lisbon was like in the past, and enjoy a breathtaking view of the city, the neighborhood of Mouraria and Alfama.

São Vicente is one of the patron saints of Lisbon. This hill covers a big part of Alfama and the Monastery of São Vicente de Fora, built on the place where D.Afonso Henriques had once built a temple in honor of this saint.

In São Vicente Hill, you will find one of the most romantic viewpoints in Lisbon, Miradouro de Santa Luzia, where you can contemplate a panoramic view over Alfama and the Tagus River.

Here we can find a beautiful tile panel, with images of Praça do Comércio as it was before the 1755 earthquake that destroyed Lisbon.

Sant´Ana is the most central hill of Lisbon, defined by the ancient seabeds of river Valverde and Arroios, and where nowadays stands the imposing Avenida da Liberdade.

At the top of this hill, you will find a viewpoint surrounded by a romantic 19th– century garden, originated from an early 18th century one, called Jardim do Torel. You can take the Lavra Lift to get here, it is the city´s oldest funicular.

Recently renewed, this viewpoint has now an even more welcoming space, with a terrace where you can relax, drink a coffee while enjoying the beautiful view of Lisbon.

Rumor has it that the first King of Portugal, Afonso Henriques, took advantage of this strategic position to install its troops during the Christian Reconquest. Centuries later, it became the favorite place for the nobles to build their houses.

Up on this hill is one of the most famous viewpoints in Lisbon, Miradouro da Graça. Its official name is Miradouro Sophia de Mello Breyner Andresen, a famous Portuguese poet who died in 2004, and this was one of her favorite places to contemplate the city.

It is very popular among young people and it is one of the best places in Lisbon to enjoy a magnificent sunset while drinking a cold beer.

The name of this hill derives from Igreja das Chagas (Sacred Wounds Church), a tribute to the wounds of Christ and the challenges and difficulties of the Portuguese sailors when traveling to India in the 16th Century.

Here you can visit the ruins of Convento do Carmo, destroyed during the 1755 earthquake, and see the Convento´s structure under the open sky.

The best viewpoint here is from Santa Justa´s Lift. A 19th-century construction, when wrought iron was not just a construction material, but also an elegant art form. From here you can enjoy some of the best views of Lisbon Downtown, Rossio, São Jorge hill with the castle in all its splendor.

The viewpoint in Santa Catarina hill is known by locals by Miradouro do Adamastor, the mythical sea monster of Lusíadas, the epic poem by Luís de Camões. In the 16th and 17th centuries, it was from this place that the population observed ships sailing out to discover the world.

This place has a chilled and young atmosphere, where locals and tourists mingle with street musicians. From here you have a magnificent view over the river and the 25 de Abril bridge.

Here is the famous Bairro Alto, one of the top neighborhoods for nightlife and artistic gatherings.

On top of this hill is the São Pedro da Alcantara viewpoint, a geometric garden, with statues of heroes and gods from Greek-Roman mythology, that offers a panoramic view of Lisbon. Here you can see the Castle, the hillside of the Mouraria neighborhood, and the Tagus river. A perfect place to catch up with your reading and to enjoy the sunny days in Lisbon.

Also take a look at the tile panel, similar to a map, but with the typical Portuguese tiles.

And at the end of the day, from this viewpoint, you can observe the city light up and transform into a living and bohemian city.

This is just a suggestion to discover the beautiful and trendy city of Lisbon, but there is much more to see and admire. Share your comments with our team, and we will help you to create the most exclusive program in Lisbon and Portugal.

0
0 Comments
Lisbon, Travel to Lisbon, Visit Portugal
Culture, Heritage, Lifestyle, Travel
previous next
We use cookies to ensure that we give you the best experience on our website. If you continue to use this site we will assume that you are happy with it.OkPrivacy & Cookie Policy