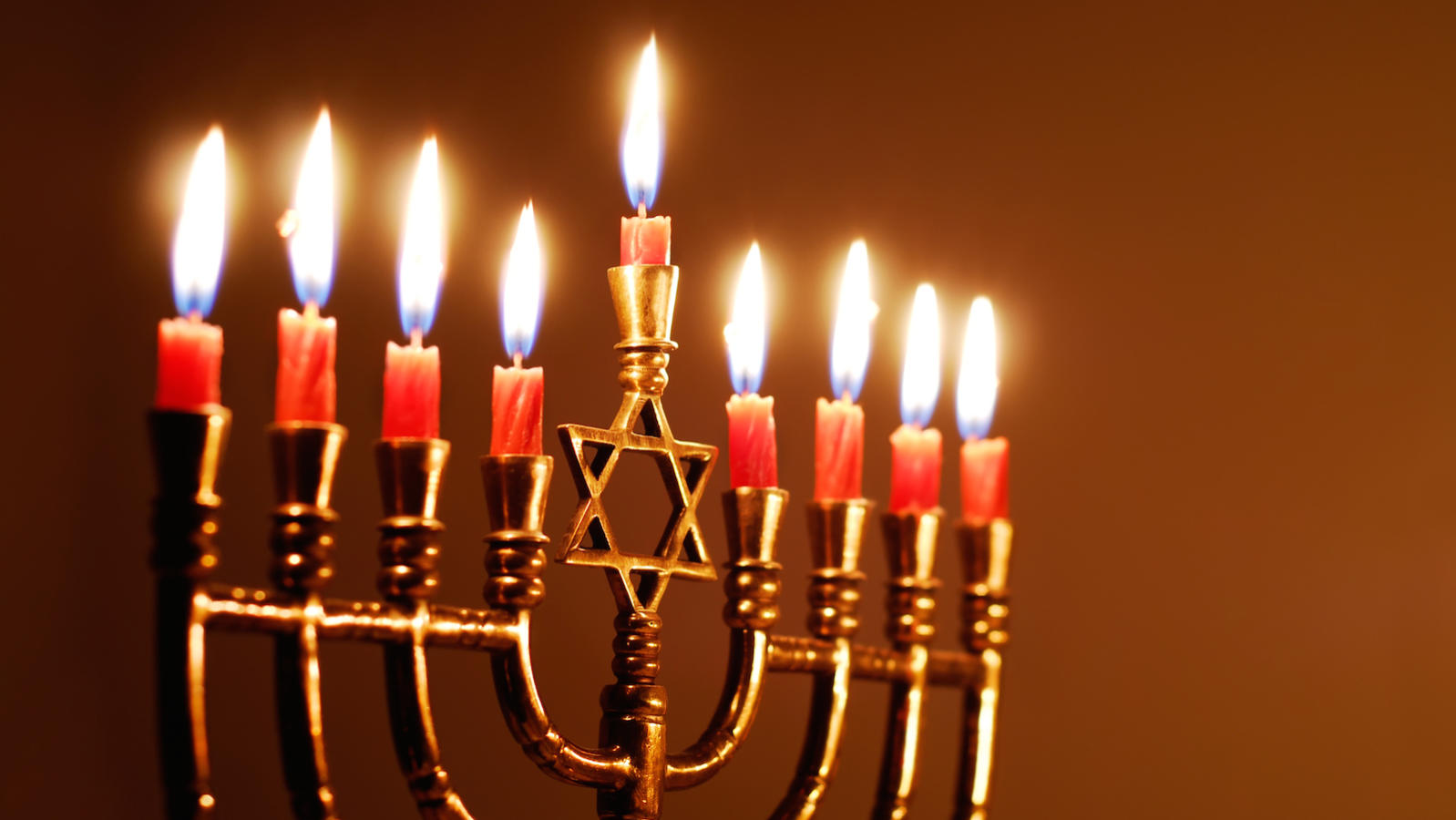 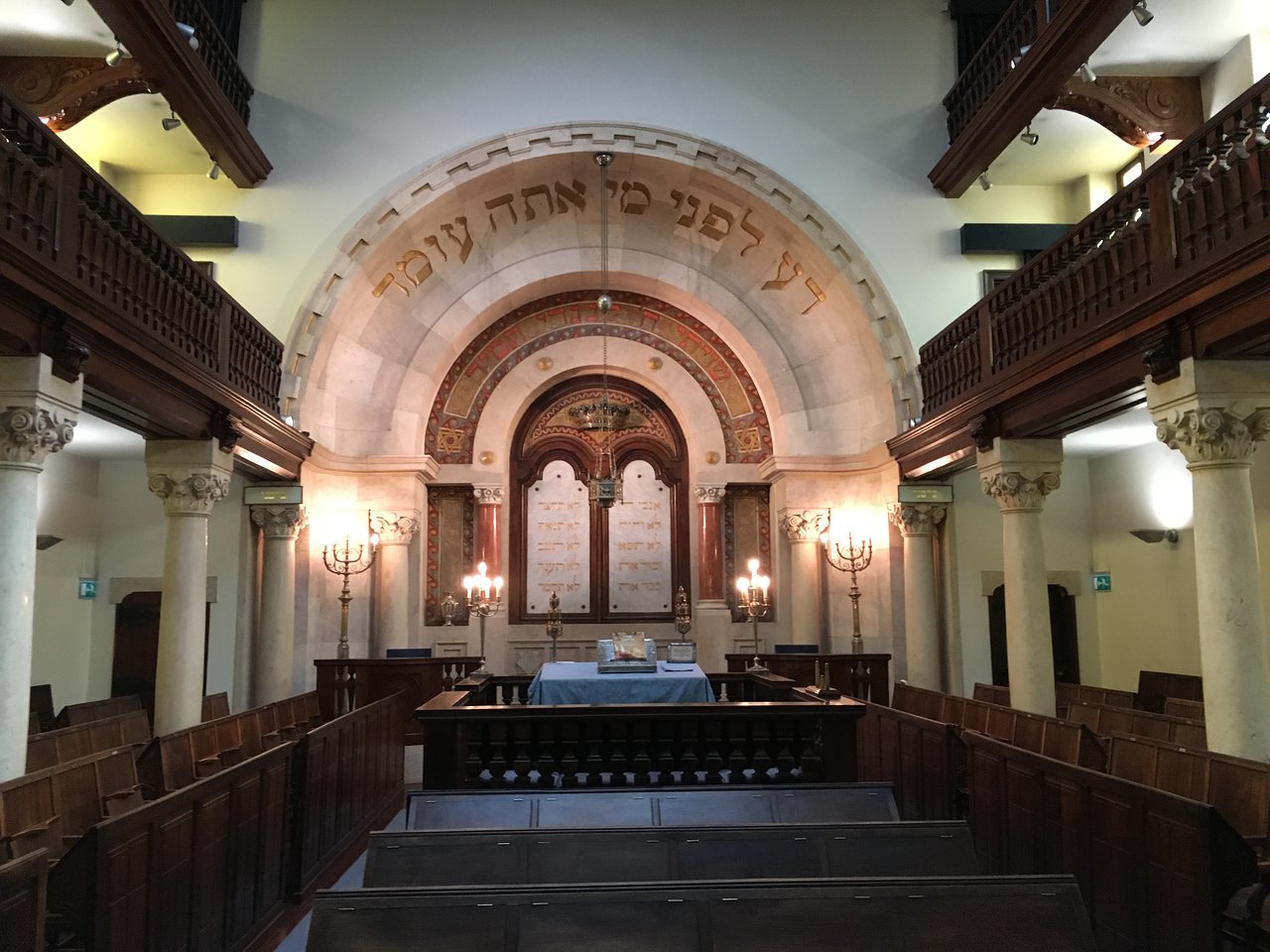 A journey of discovery through cities and villages, of a cultural heritage evoking the Jewish presence in Portugal.

According to history, it was between the 5th and 15th centuries, that the Sephardic Jewish community, also known as Iberian Peninsula Jews, settled in the territory that is now Portugal.

Their presence contributed to the Portuguese culture, the foundation of the Portuguese nationality, and financially and scientifically to the Age of the Discoveries.

Today, the Jewish community has synagogues in Lisbon, Porto, Trancoso, and Belmonte.

This is the journey that we invite you to take, the discovery of the Jewish presence in Portugal.

Being an important maritime port and commercial town, Porto was one of the cities in Portugal where Jews settled. To discover the Jewish heritage in Porto, we must walk along its narrow streets.

Porto´s first synagogue was located in a place known nowadays as Rua de Santana, and as the city developed, the Jewish community spread toward the river. Walk towards the area of Palácio da Bolsa and the old Mercado Ferreira Borges. In this place, another Jewish quarter once existed, with a synagogue in its centre.

Continuing along Porto’s historic centre, you will find the Cadeia da Relação, an old prison that today is the Portuguese Centre of Photography. It was in this area where the Jewish quarter of Olival was once located. The Mosteiro de São Bento da Vitória was built on the lands of the old Jewish quarter. Once here, make a stop at Miradouro do Largo da Vitória and enjoy the magnificent view of the city and the Douro river.

And finally, the Boavista area, where you can visit the kadoorie Synagogue, a Jewish temple built between 1929 and 1937. Also known as Kadoorie Mekor Haim Synagogue (“Spring of Life”). It is the largest synagogue in the Iberian Peninsula and the headquarters of the Porto Israeli Community.

To discover the Jewish heritage in the Douro region, we must visit Lamego. Despite the catholic importance of Lamego, in the 15th century, more than 400 Jewish lived here, in the area between the castle and the church of Santa Maria de Almacave. The city had two Jewish quarters, the old Jewish quarter near Porta do Sol and the new Jewish quarter in what is today known as Rua Nova. You can see the typical granite Gothic arch, now with a Christian engraving, suggesting the location of the old synagogue.

Outside Lamego, in the Douro Valley region, the most significant Jewish centers in the past were in Torre de Moncorvo, Vila Flor, Freixo de Espada à Cinta, Vila Real and São João da Pesqueira.

Continue to Vila Nova de Foz Côa, and walk around the Jewish quarters by the castle, and visit the Chapel of Santa Quitéria, which has replaced the old synagogue, in what is today the Rua do Castelo.

Close to Serra da Estrela, Belmonte is perhaps the best-known place of the Jewish presence in Portugal.

In the 16th century, during the expelling of the moors of the Iberian Peninsula, and the reconquest of the Spanish and Portuguese lands by the Spanish Catholic Kings and the Portuguese King, D. Manuel, a law was passed that forced the Portuguese Jews either to convert or leave the country. Many of them ended up abandoning Portugal. Others converted to Christianity, secretly keeping their cult and traditions. Several decided to isolate themselves from the world following their deepest rituals. Such people were called “Marranos”, in an allusion to the ritual prohibition of eating pork.

For centuries the “Marranos” of Belmonte kept themselves isolated, only in the ’70s the community establish contact with the Jews from Israel and officiated Judaism as its religion.

In Belmonte, we can still feel the medieval atmosphere of times when the Jewish community had to practice its prayers, traditions, and customs in secrecy.

Tomar is a beautiful small historic village. Home of the Order of Christ, formerly the Knights Templars. The remains of their fortress and the Convent, Unesco´s World Heritage Site, are worth a visit.

Tomar Jewish community dates back to 1315, and in the narrow streets of the old Jewish quarter rests the oldest existing synagogue in Portugal, built in 1438. With a square blueprint and a discrete entrance, the front bears twelve arches symbolizing the twelve tribes of Israel, and the ceilings are founded upon four columns representing the Matriarchs of Israel.

At the time of the Decree expelling the Jews,  issued in 1496 by King D. Manuel I, the synagogue was used as a prison, a Christian chapel, and even a warehouse. Fortunately, the building was declared a national monument in 1921. In 1923, Samuel Schwartz, a Jewish mining engineer from Poland, bought the Synagogue and restored it. He donated it to the Portuguese State, in 1939, to house the Museu Luso-Hebraico de Abraão Zacuto (Abraão Zacuto Portuguese-Jewish Museum). The patron of the Museum, Abraão Ben Samuel Zacuto (1450-1515), was born in Salamanca, and he was an astronomer, mathematician, doctor, and rabbi. Forced to seek refuge in Portugal, due to his Jewish origins, he was of historical importance during the time of the Discoveries.

Jewish heritage in Lisbon can begin in the Alfama quarter, a large community that included the Judiaria Grande and the Rua da Judiaria. These narrow streets still evoke the spirit of the generations of Portuguese Jews who lived here. As the community grew, more Jewish refugees came to Lisbon, and a new Judiaria Pequena was formed in the 13th century near what is today known as the central Praça do Comércio. This entire area was totally destroyed by an earthquake in 1755.

Continuing to Praça do Rossio, one of the city’s liveliest areas, it is also the site of the Jewish Lisbon Memorial, erected in April 2006 to honor the victims of the Jewish Massacre in 1506, during which 2.000 people accused of being Jews were persecuted, tortured, and killed.

The beautiful Praça do Comércio, a perfect place to relax and glance at the Tejo River was the place where thousands of Jews were forced to be baptized in the 15th century.

Judaism in Portugal changed at the beginning of the 19th century, when the Sephardic Jews from Morocco and Gibraltar, mostly merchants, started to migrate to Lisbon and built Lisbon´s main synagogue called Shaara Tikva (Gates of Hope). Inaugurated in 1904, the Lisbon Synagogue was the first synagogue to be built in Portugal since the late 15th century.

The main facade of the synagogue faces an inner courtyard since Portuguese law at the time forbade non-Catholic religious institutions from facing the street.

The synagogue served as the center of Jewish life in Lisbon and was a sanctuary for the thousands of Jewish refugees who came through Portugal during World War II.

This beautiful historic walled village is dominated by its castle. From its walls, we can have a wonderful view of the surrounding landscape. The Alentejo in all its splendor.

Castelo de Vide has one of the best-preserved Jewish quarters in Portugal, and one of the most ancient, dating back to the time of King D. Dinis in the 13th century. Due to its closeness to the Spanish border, this community was highly increased with the Jews expelled from Castela in 1492.

The best way to visit this charming village and discover its Jewish heritage is to stroll at random up and down its narrow streets. Take a look at the houses, on the ground floor two doors connected with the exterior. One leads into the store, where the business was done. The other leads to the upper floor, where the living quarters were located.

At the crossroads between Rua da Judiaria and Rua da Fonte, there is the former synagogue, which served as a meeting place, and school for the Jewish community.

The building thought to have been the synagogue is nowadays a museum with a permanent exhibition of the old Sephardic community of Castelo de Vide.

These are some of the places to visit and to discover the Jewish heritage in Portugal. Contact our team to learn more and extend your travel experience in Portugal.

0
0 Comments
Jewish Heritage in Portugal, Portugal Jewish Tours, Visit Portugal
Culture, Heritage, Travel
previous next
We use cookies to ensure that we give you the best experience on our website. If you continue to use this site we will assume that you are happy with it.OkPrivacy & Cookie Policy