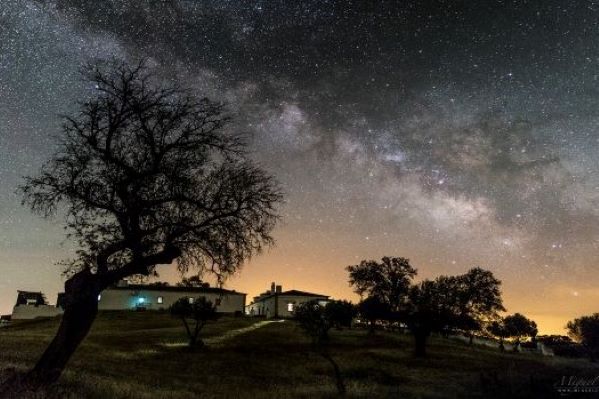 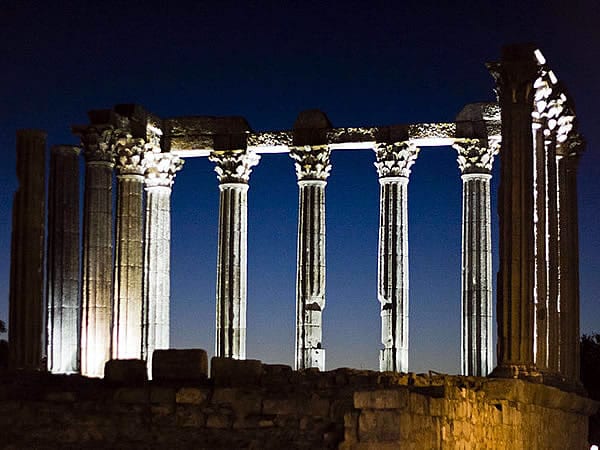 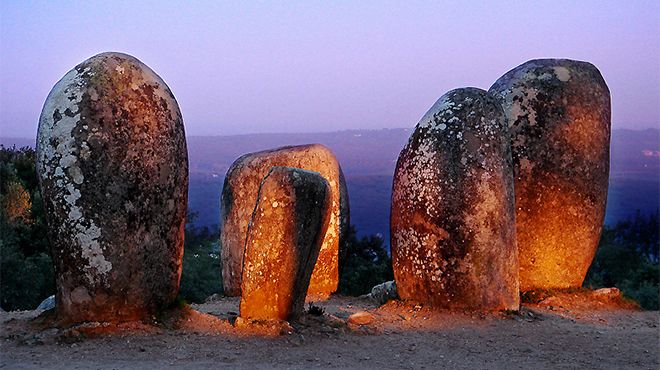 Best Things to do in Évora

Évora is one of the finest destinations in Portugal. Surrounded by the Alentejo landscape with its unique colors, it offers a truly unique Portuguese experience. Many visitors come to Evora on a day trip from Lisbon. This beautiful UNESCO World Heritage city is only a short drive from Lisbon, but once you arrive and walk through its streets, you will discover that the city deserves to be experienced with time and serenity, as is life in the Alentejo.

We share with you a list of 6 places to discover in Évora and an invitation to explore the Alentejo at a leisurely pace.

The Chapel of The Bones

“We the bones that are here are waiting for yours,” warns the inscription carved into the stone lintel above the entrance. It reveals the Baroque man’s macabre taste for necrophilia.

This chapel was built in the 17th century under the initiative of three Franciscan monks, to contemplate the transitory nature of human life. They collected the skeletons of over 5,000 dead from the town graves and used them to build this chapel.

The imposing Évora Cathedral, a fortified church with Gothic features reveals Evora´s medieval importance. Began in 1186, and was consecrated in 1204, it was only completed in 1250. This magnificent monument depicts the transition from the Romanesque to the Gothic Style, with Renaissance and Baroque additions introduced later.

Giraldo Square (Praça do Giraldo) is where all the streets lead you in Évora. Step on the Portuguese Cobblestone and enjoy the Alentejo sun, while tasting a coffee, or a delicious wine from the Alentejo wine region.

This square is a paying tribute to Fearless Geraldo Geraldes, the man who conquered Evora from the Moors in 1167. This square has witnessed important moments in history, such as the Inquisition’s public executions in the 16th century, and popular movements after the 1974 revolution. Nowadays, this square is still the heart of Évora, its arcades house several shops cafes, and restaurants.

Around the outskirts of the city you will find numerous Neolithic stone formations, dating from 5500-4500 BC. The Almendres Cromlech (Cromeleque dos Almendres) is one of the most impressive and the biggest in the Iberian Peninsula. The 95 standing stones form two large stone circles and were part of a ceremonial site dedicated to a celestial religion.

The Roman Temple, over 2.000 years old, is one of the best-preserved Roman monuments both in Portugal and the Iberian Peninsula. Built–in the 1st century, during the time of Caesar Augustus. It has a long history, serving as testimony to many transformations and different uses over the centuries. It was practically destroyed when the Barbarians occupied the Iberian Peninsula in the fifth century. When Évora became a Christian city, the temple was used for different purposes, like gallows during the Inquisition and as a slaughterhouse until 1836, when it was decided that it should be preserved as a historic monument.

Taste the wine and delicious gastronomy

Alentejo is known as Portugal’s gastronomic soul. The food is not sophisticated but rich with ingredients such as sheep’s cheese, black pork, salt cod, wild mushrooms, and asparagus.

In Évora and the Alentejo region, an authentic traditional meal can be found anywhere, from humble taverns to the region’s most famous restaurants. There is no need to seek haute-cuisine restaurants: The tastiest and most heart-warming meals can be found in traditional (and affordable) restaurants, paired with the wines of this region, and where locals will treat you like family.

See the night sky like nowhere else in the world, within the First Starlight Tourism Destination in the world, the Dark Sky Alqueva Resort. Right in the middle of the Alentejo, you can see the Ursa Major, Ursa Minor, Cassiopeia, and a wide variety of other constellations, visible depending on the season. You can locate the signs for Leo, Virgo, and Libra, discover Scorpio and Sagittarius, and even follow the mysterious Capricorn, as well as Cygnus, Aquila, and Lyra.

Contact our team to learn more about the Alentejo region, and the experiences you can enjoy in this beautiful region.

0
0 Comments
Alentejo, Cultural Tours in Portugal, evora, Holidays, Portugal, Visit Portugal
Culture, Gastronomy, Heritage, Lifestyle, Nature, Travel
previous next
We use cookies to ensure that we give you the best experience on our website. If you continue to use this site we will assume that you are happy with it.OkPrivacy & Cookie Policy