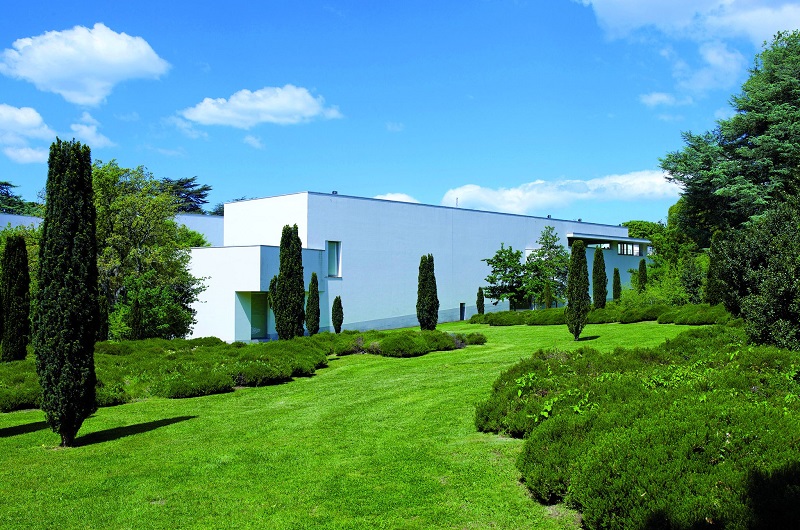 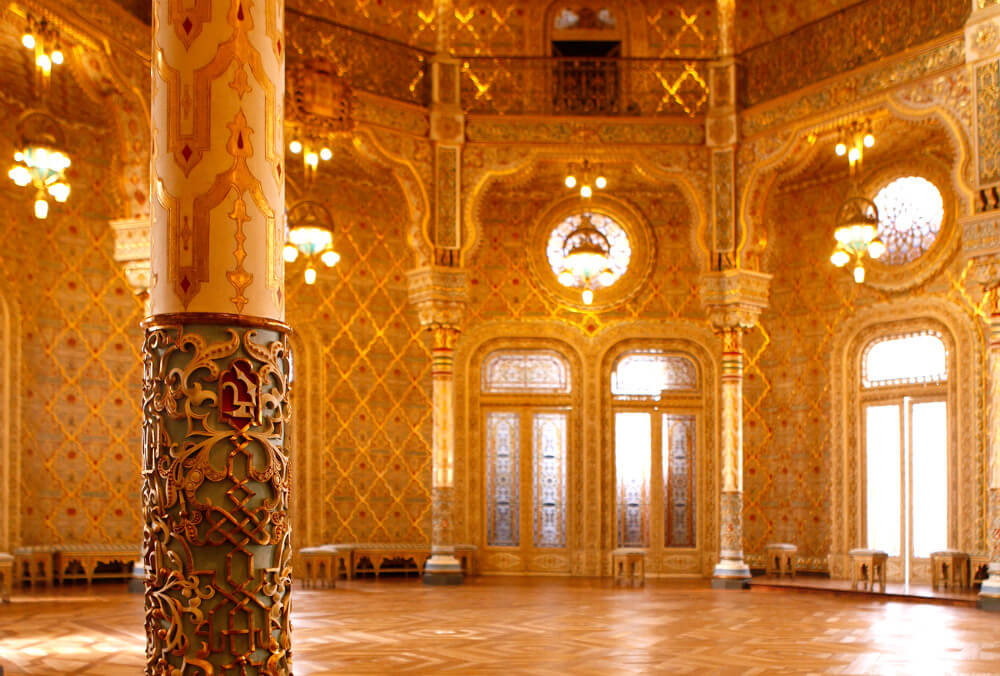 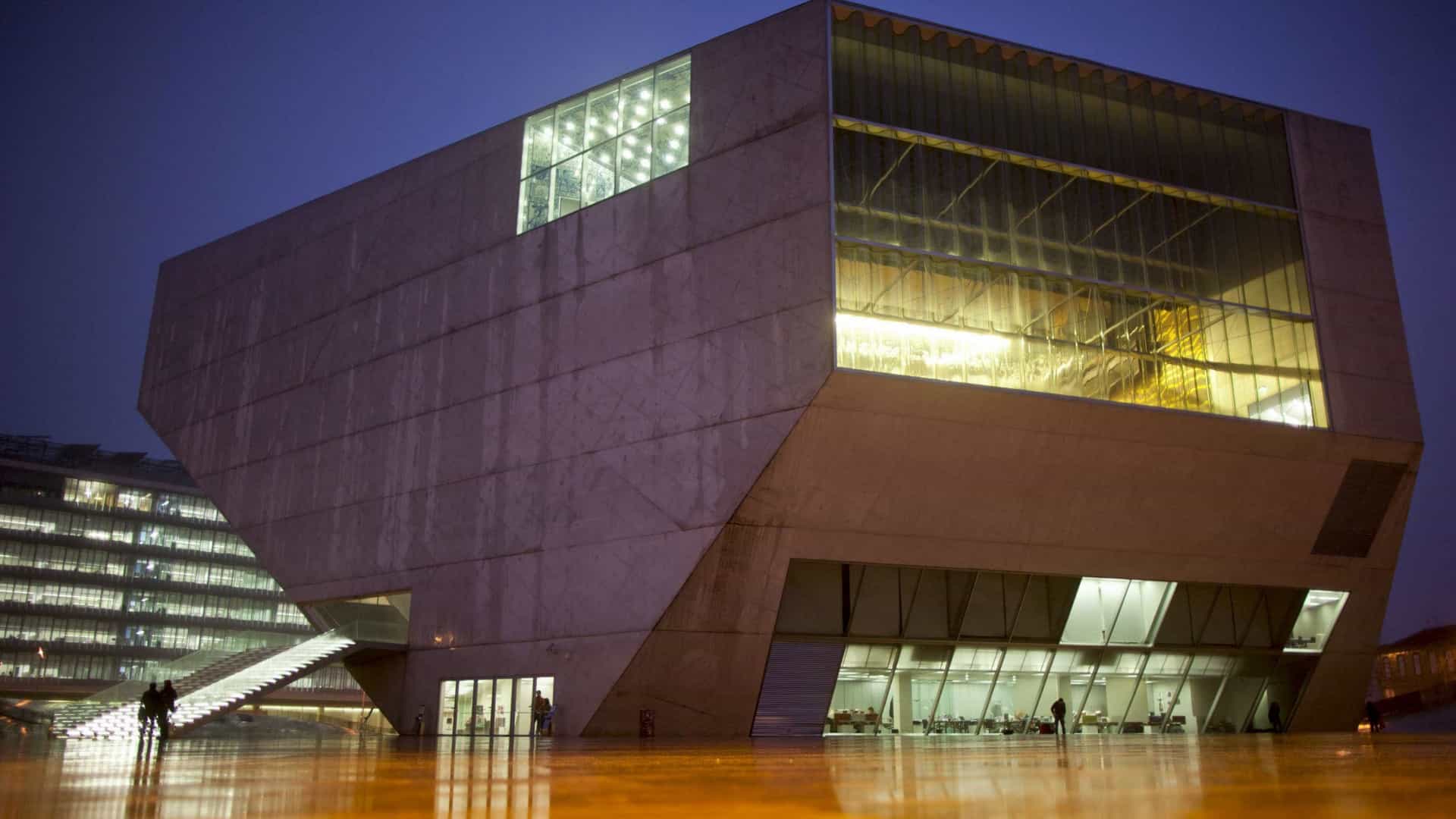 Porto, in the North of Portugal, is a city of architecture and art. To walk the narrow streets of the ancient city is to discover the remains of Roman, Gothic, Baroque, and contemporary art. Here all the different styles can be found.

Discover what happens when art and architecture converge on a journey through the city’s historical heritage. In this article, we invite you to discover some of the most beautiful historic buildings in the city.

The Casa da Música blends architecture, engineering, and design, a true work of art. Designed by Dutchman architect Rem Koolhaas for the 2001 Porto Capital of Culture, it was inaugurated only in 2005 and has quickly become an icon of the city. It is worth a guided tour to learn all the history and details, but the most important thing is to attend a music concert: Jazz, rock or electronica, the options are endless. Let yourself be captivated by the music and the beauty of the place.

Serralves, is a museum and a work of art. A project by Álvaro Siza Vieira, one of Portugal’s most renowned architects, winner of a Pritzker Award , the highest distinction in the architectural practice. The museum opened in 1999 and adjoined the elegant Art Deco building and the magnificent surrounding gardens. Among the many attractions of Serralves is a library specializing in art, in its most varied forms – visual arts, performing arts, architecture, music. As for the exhibitions, this is an international reference place for contemporary art.

One of the city’s most emblematic monuments and has lived many lives. Opened in 1794, the work of the Italian architect and set designer Vincenzo Mazzoneschi, it was the first building built from scratch exclusively for the presentation of performances shows. It was destroyed by fire in 1908, rebuilt in 1920 by the architect José Marques da Silva, considered “the last classical and first modern architect of Porto. It was restored in 1992, according to the project of the architect João Carreira. Look closely at the painting on the roof of the main hall, the details in gilded carving, and the four sculptures that embellish the exterior of this building and which represent Kindness, Pain, Hate, and Love.

Opened in 1941, one of the city’s greatest examples of Art Deco and an icon of local and international Modernism. And it remains modern. The building was designed by various people: Cassiano Branco, José Porto, Yan Wils, Júlio de Brito, Charles Siclis, and Mário Abreu, are some of the architects who collaborated in its creation. It is one of the city’s main performance halls with a wide programme, which includes everything from rock music to opera, from ballet to circus. It is a symbol of a cosmopolitan city.

The city´s historical monument. Dating back to the second half of the 18th century, it functioned as a famous jail until 1974. It was renovated and is now the home of the Portuguese Photography Centre. The renovation and adaptation of this space to become an exhibition center were entrusted, in 2000, to the architects Eduardo Souto Moura, another architect awarded the Pritzker Award and Humberto Vieira. Amongst exhibitions, be sure to visit the cell where Camilo Castelo Branco, one of the greatest Portuguese writers, was imprisone  for a year, charged with adultery.

It was built on the very place where the Convent of S.Bento de Avé Maria once existed. It is one of the most beautiful railway stations in the world, with glass and cast-iron roof, designed by the architect Marques da Silva.

The entrance hall is covered with twenty thousand tiles by the painter Jorge Colaço, with  the evolution of transport and historical scenes from Portuguese life.

A magnificent example of neoclassical architecture, it was built in the first half of the 19th century to serve the city’s businessmen. Today it has a similar purpose, as the home of the Porto Business Association. This palace represents the splendor of the Port Wine trade. It combines various architectural styles, with traces of the 19th century neoclassical, Tuscan architecture, and also the English neo-Palladian style.  Some of the men who took part in its creation were: Joaquim Costa Lima Júnior, Tomás Augusto Soller, Joel da Silva Pereira and José Marques da Silva, the last architect and decorator of the Palace. Impressive in all its grandiosity, we highlight the Hall of Nations and the impressive Arabian Room.

A project that houses the University of Porto’s Marine Science and Technology Park. Opened in 2015, it was designed by architect Luís Pedro Silva and has won several international awards. Its construction served a double purpose:improving commercial efficiency and enhancing urban integration.

But there are many more places to discover in Porto, the suggestions presented here do not exhaust the places of interest in the city. Porto is a modern, cosmopolitan city in continuous transformation, there is always something new to discover.

Contact our team to learn more about architecture routes in Porto, and in Portugal, who will do everything to help you design your perfect tour program.

0
0 Comments
Cultural Tours in Portugal, Holidays, Porto, Porto Architecture, Porto Art, Portugal, Visit Portugal
Culture, Heritage, Lifestyle, Travel
previous next
We use cookies to ensure that we give you the best experience on our website. If you continue to use this site we will assume that you are happy with it.OkPrivacy & Cookie Policy